Special Delivery: a new baby on the way 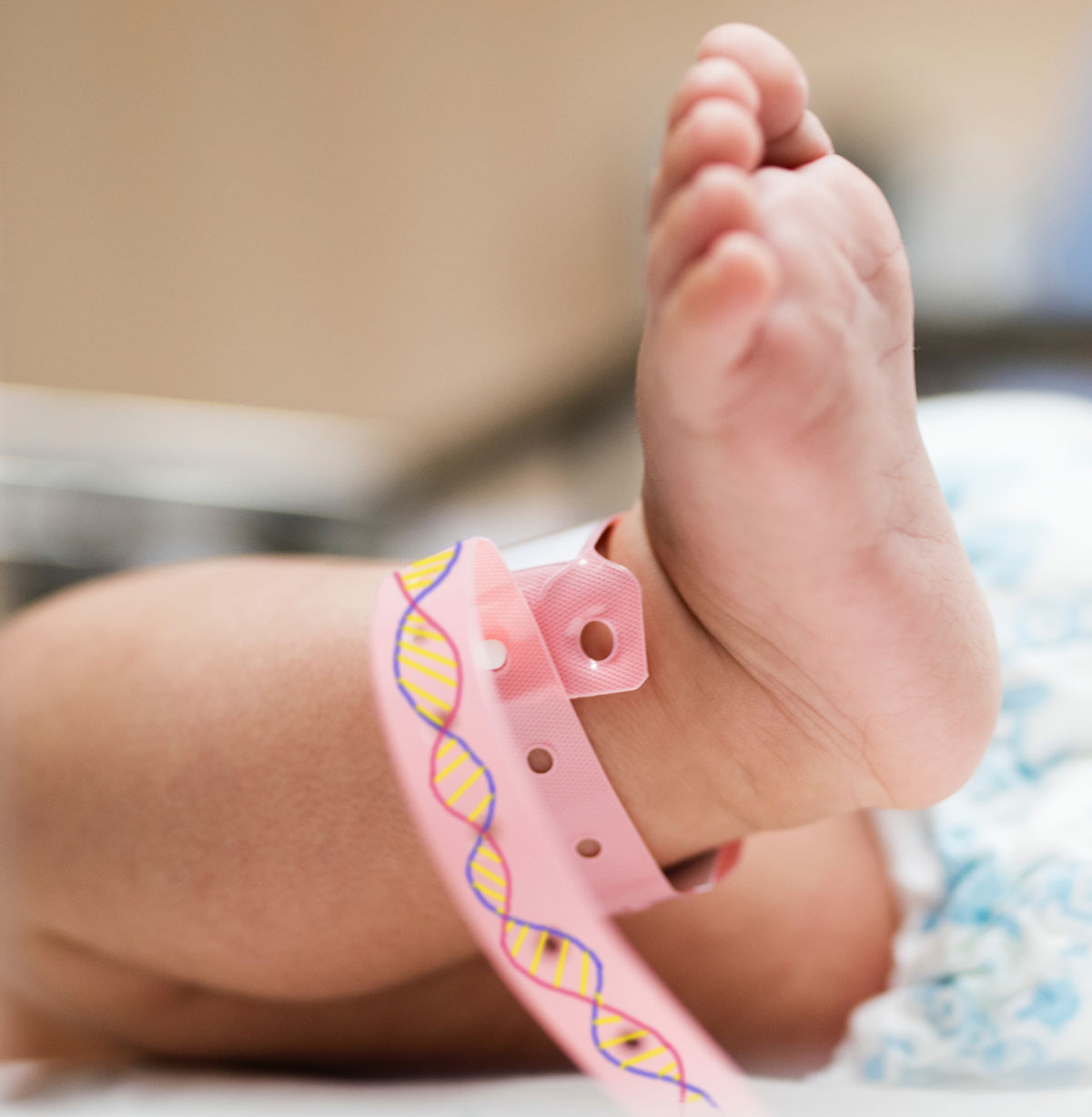 Very soon, our family will increase by one. I’m going to be a grandma. I’ve gone to the grandparenting class requested by my kids, so I’m certified now. I’ve picked out my tentative grandmother moniker (G-ma). Will Asher like it? Only time will tell.

A Baby on the Way

With a new baby on the way, we are all speculating on who this little newcomer in our lives will be. We’ve already started thinking about the songs we’re planning on singing to them or even that one kid story that we can’t wait to tell them, even if they won’t understand a word! It’s all about the memories you create as a parent with your child. Will he be smart, fast, strong, kind, funny, thoughtful? We all want our children and grandchildren to have our strengths and none of our weaknesses. We want them to avoid the mistakes we made. We are also starting to be practical by thinking about the equipment we’re going to need to buy…cribs, car seats and strollers! Luckily, sites like Stroller Buzz have the best reviews on strollers, or travel systems (which is a combination of a stroller and car seat) so that you can get this out of the way before the birth. We’ve also made sure that the parents are well aware of what they need to do to make sure that they can care for this baby properly. We don’t want any issues, and luckily they’ve got us – but we have spent a couple of evenings talking about the future and preparing for things, like if one of them is unable to work… what would they do then? Luckily, they are happy to take out some insurance like this critical illness insurance if the need arises, but I can safely say that this baby is truly lucky to have such loving and caring parents (if I do say so myself)!

Parenting in the future

Other than giving them guidance that we hope they’ll remember and teaching by example, we don’t have a lot of control over the outcome. Will that be the case in the future? The proud parents to be, both work in a genomics company. Biotech at its finest. We are all acutely aware of the possibilities inherent in bioengineering. What choices will parents of the future be able to make to help their children live healthier, happier lives?

One thing that I do think is already starting to change is our attitude towards health during pregnancy. For instance, nowadays women are encouraged to carry out gentle exercise both throughout their pregnancy and after they have given birth. Accordingly, did you know that yoga is a fantastic way to stay active during pregnancy? Whatever your fitness level, giving yoga a try is a great way to relax and spend time with your unborn baby. Moreover, by learning breathing techniques, practicing birthing poses, and connecting with your changing body, you will get plenty of practical tips so that you can feel more positive and relaxed about birth.

One of my friends loved her pregnancy yoga classes so much that she actually decided to train to become a yoga teacher after her baby was born. She completed her yoga teacher training at the best yoga school in india and now teaches expecting mums all about how yoga can boost their health. Just remember that if you are going to be practicing yoga during your pregnancy then it is important to listen carefully to your body. If you feel any discomfort, stop. You will probably need to modify each pose as your body changes, but a good instructor can help you customize your yoga to suit the stage of pregnancy you are in.

I wrote the short story below several years before either of the new parents to be took their biotech jobs. It seems apropos to post it today while the clock counts down to the arrival of this new person in the world.

Herbert paced outside the delivery suite. There had been complications, and he had been ejected from the room. He could barely control his anxiety, unable to help his wife despite weeks of birthing training and practice. As he paced, he thought back to how adorable Marylou had looked when they first made the decision to buy into the Designer GeneShare at the beginning of her pregnancy.

“Look, Honey. This one seems nice. ‘Sven,'” Marylou had said, peeking over the rim of her thick glasses at her husband. Her one eye wandered to the left a bit as it tended to do when she was tired. They’d been looking at profiles for hours. Herbert had perched at the edge of the plush leather couch, clicking his way through photos and gene data. He leaned over to peer at her screen.

“Sven seems promising,” he had replied. “But what about Lars or Bruno? Oh, and look at this one. Rocky.” Herbert scratched at his almost non-existent chin, poorly concealed behind a feathery pretense of a beard as he considered the possibilities.

“They all have excellent health profiles. But how can you be sure they’ll have. . .you know.” She trailed off looking hopefully at Herbert.

A handsome man behind a faux walnut desk beamed at the indecisive couple. His title placard declared, Phenotype Allocation Liaison. (“I’m your best P.A.L. for optimized parenting!” the advertisement had read.) “Don’t you two worry. Any of the genome packages you’re considering will fulfill your requirements for. . .” he rapidly rearranged the wall full of data with a flick of his finger. “Ah, here it is!” The screen settled on a forest of charts that seemed to please their “pal.”

“Each of these profiles shows at least a 95% match for will power, confidence, and self-esteem.” He waved his arm across the display of statistics. “Through the diligent work of our research team, we discovered and copyrighted a unique gene group from select northern European populations that links square jaw and strength of character.”

“These gene clusters,” the PAL pointed at an array of DNA linkages, “are harvested and enhanced to be mutation-free.” He leaned in. “And you are in luck. We’re having a sale on the Eurasian IQ Fusion Genome Package this month. The Sven, Lars, and Bruno profiles are included, and we are throwing in an IQ boost at no extra cost.”

“Wh-what about Rocky?” Herbert asked hesitantly. “The Rocky profile has such nice. . .” He raked his fingers through his thinning hair. Like his father before him, he’d started losing his hair in his twenties.

“Follicular longevity quotient!” their PAL responded enthusiastically. “I assure you that the first three are 99% reliable for hair retention. Alas, Rocky is not in the sale package.” He lowered his voice conspiratorially, “The Rocky phenotype-waste of your IQ boost.” He shook his head and the Rocky profile disappeared.

For even trivial decisions, Herbert would always agonize before making up his mind. A decision of this import seemed overwhelming. “Marylou, which one do you like?”

Marylou blinked, owl-like. “Lars. I like Lars.” Her excited grin had sealed the deal.

“Excellent choice, Mr. and Mrs. Entwhistle! You will be very pleased, and your son will grow up grateful that you added Lars Designer Genes to ensure his mental and physical health.”

The treatment seemed so long ago. Now their baby was struggling to be born. He was short on oxygen, and Marylou was at risk. Herbert could not stand feeling so helpless. When he was sure he could contain his anxiety no longer, the door from the delivery suite burst open. The doctor strode into the room, his mask dangling from its strings to reveal a strong jaw below a stern expression. Herbert ran up to him, “Is she okay?”

The doctor clapped Herbert on the shoulder. “Your wife is fine, and the baby is healthy and happy. They had a rough go for a little while there, but they came through just …” Herbert burst past the doctor and flew down to the recovery room.

Marylou lay on the bed, spent. She mustered a wan smile. “It’s never like this on T.V.,” she tried to joke.

“No, it’s not, Honey,” he replied, encircling her as best as he could past the rails of the hospital bed. “Are you sure you’re okay?”

She nodded. “We did it!” she giggled. Herbert felt his whole body unclench as a grin crept across her face.

The doctor appeared in the doorway. “When can we see our baby?” they asked in unison.

“In just a few minutes. But first, Scheherazade Hart, from Designer Genes, would like to speak to you.” A striking woman in a blue business suit and white lab coat appeared behind the doctor. She shook Herbert’s and Marylou’s hands. She paused as she locked eyes with each of them, as if emphasizing how serious she was. “I’m afraid there was a glitch with your treatment. You’ll get a full refund, of course.”

She saw the shock in their eyes and hurried on. “Your baby is healthy; but he is . . .unmodified.” Shock faded to puzzlement. “I’m sorry to report that the gene enhancement didn’t work; the Lars package was rejected by the germ plasm,” Scheherazade continued. “Your baby has only your genes. I am truly sorry. This happens very rarely.” Marylou’s lip trembled.

Herbert drew himself up to his full height and glared up at Ms. Hart. “Bring him here now!” he demanded.

The mobile creche must have been just outside the door; a nurse wheeled it in within seconds and placed the baby in his mother’s arms. He opened his tiny eyes. The left one tipped to one side slightly. A nubbin of a jaw was lost under a pouting lip that turned Herbert’s heart to marshmallow goo.

“Special Delivery” was originally written in response to a contest prompt at A Word with You Press that requested a short story based on the truism, “A square jaw denotes a strong will.”